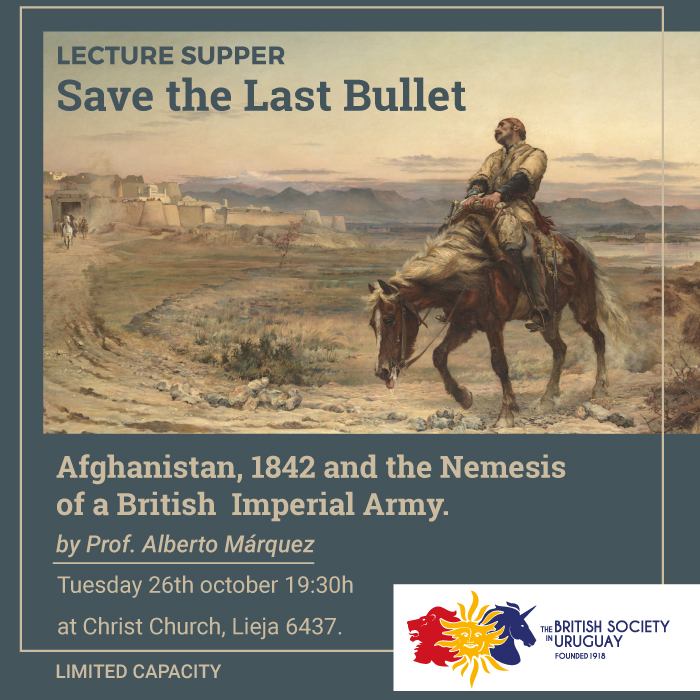 Between 1839 and 1842, British imperial forces fought a bitter war in Afghanistan. Initially successful, the campaign ended with Britain withdrawing from the country having suffered one of the worst military disasters of the 19th century.
Professor Alberto Márquez will explain the deep historical meaning of this rash and insensate war that became one of the great epics of the British Empire.