About Us › Origins & Foundations 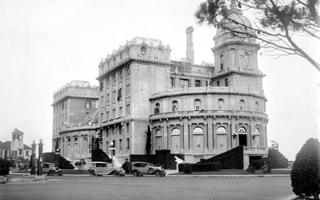 In mid-1918 a mission from the British government visited Uruguay. Near the end of their stay in the country, the British Chamber of Commerce in Uruguay hosted a luncheon in their honour, during which the Head of Mission, Sir Maurice de Bunsen, made a speech in which he outlined the conclusions drawn by the mission. Among other things, he stated that glad as he was to find the British community in Uruguay so united, if it desired to retain and strengthen the proud position it had won in years past it would be necessary to unite still closer and further in all endeavours by creating an institution that would represent the British community as a whole to outsiders from within and without the country and to fellow British citizens visiting the country.

At the third Annual General Meeting of the British Chamber of Commerce in Uruguay, held on 30th August 1918, it was decided that the Council of the Chamber should take up this advice and consider ways and means of launching an overarching British society in the country. Subsequently, at a meeting of the Council of the Chamber, it was resolved to convene a conference of delegates of all known British institutions, clubs and societies in Montevideo in order to consider the advisability of the formation of a British Society in Uruguay. Invitations were sent out to the presidents and chairmen of the following: 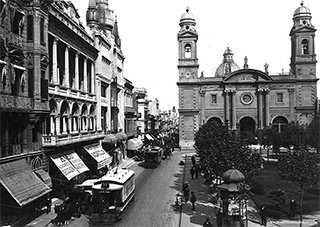 The invitation was also published in "The Montevideo Times" – the only English language newspaper in Montevideo – in case some institution had been involuntarily missed out.

The first Conference took place on Wednesday 16th October 1918 at the boardroom of the Montevideo Waterworks Company on Calle Zabala at the corner of Calle Rincón, and was attended by delegates of 26 of the 28 institutions (only Acacia Lodge of the English Freemasons and Salvation Army & Sailors' Home failed to be present), as well as the British Minister, who was there by special invitation. After a lengthy exchange of ideas, it was unanimously decided to promote the constitution of a society to be denominated "The British Society in Uruguay", and a provisional committee of 6 was elected to draft statutes for the proposed Society.

This committee held four meetings, after which a draft charter was set up. The charter was presented at a second Conference of British institutions, clubs and societies.

The second Conference took place on Thursday 14th November 1918 at the boardroom of the Montevideo Waterworks Company, and was attended by delegates of all 28 institutions. The draft charter was revised and approved, and it was decided to call a General Meeting of the entire British community to determine the creation of The British Society in Uruguay, to approve, alter or disapprove the proposed statutes and to elect a committee for the new institution. The invitation to this event was published in "The Montevideo Times" several times in November and daily from Sunday 1st to Wednesday 4th December, and read as follows: 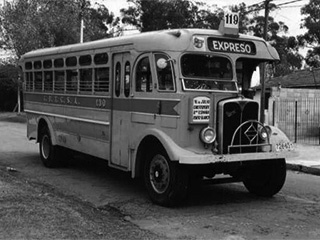 All British subjects or descendants of such, of either sex, interested in the formation of "The British Society in Uruguay" are hereby invited to attend the General Meeting which will be held in the Victoria Hall on Wednesday, December 4th, at 8:45 p.m. for the definite constitution of the Society, approval of the draft rules, and election of the first committee.

Copies of the draft rules are being printed, and may be had on application after the 21st instant at Calle Solis 1527, at the Almacen de Londres, and at the offices of "The Montevideo Times" on Calle 25 de Agosto 410.

The 1st General Meeting took place on Wednesday 4th December 1918 at Victoria Hall (calle Río Negro 1483), and was attended by 220 members of the British community. At this meeting the creation of The British Society in Uruguay was approved and the first two articles of the proposed statutes (constitution and objects) were discussed and passed.

The stated objects of The British Society in Uruguay when it was first set up were: 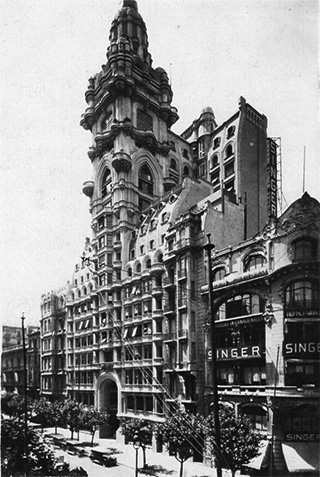 The 2nd General Meeting took place on Wednesday 11th December 1918 at Victoria Hall, and was attended by 196 members of the British community. At this meeting all the remaining articles of the statutes were discussed, several modifications were made and incorporated after a very lively discussion, and finally the statutes were all passed.

Among other curiosities, the Society's annual subscription fee was set at US$1.

The 3rd General Meeting took place on Thursday 19th December 1918 at Victoria Hall, and was attended by 106 members of the British community. At this meeting 116 members of the Society were approved, and a President, Vice-President and 12 committee members were elected.

All three General Meetings were chaired by George H. Cooper.

A significant faction of the British community – self-denominated the 'Progressive Group', led by Charles W. Bayne – did not attend the 3rd General Meeting, claiming that the larger faction of the British community – denominated the 'Conservative Group', led by Thomas F. Lane – had refused to take their views into account at the first two General Meetings. The Progressive Group had wanted to allow The British Society in Uruguay to be able to control and direct the other British institutions (including the British Cemetery Society, British Hospital Society, British Patriotic Fund and The British Schools Society), when the need arose – by empowerment appropriately given at Extraordinary General Meetings of said institutions' – and to administer their assets as deemed appropriate (i.e. a 'real unification' of British interests in Uruguay). The fact that their views were utterly overruled made this faction feel excluded and alienated them from the new Society.

Thus, the Society was created in an atmosphere of controversy which took several years to smooth out. However, when The British Society held its first Annual General Meeting just over a year later, membership had already risen to 320.