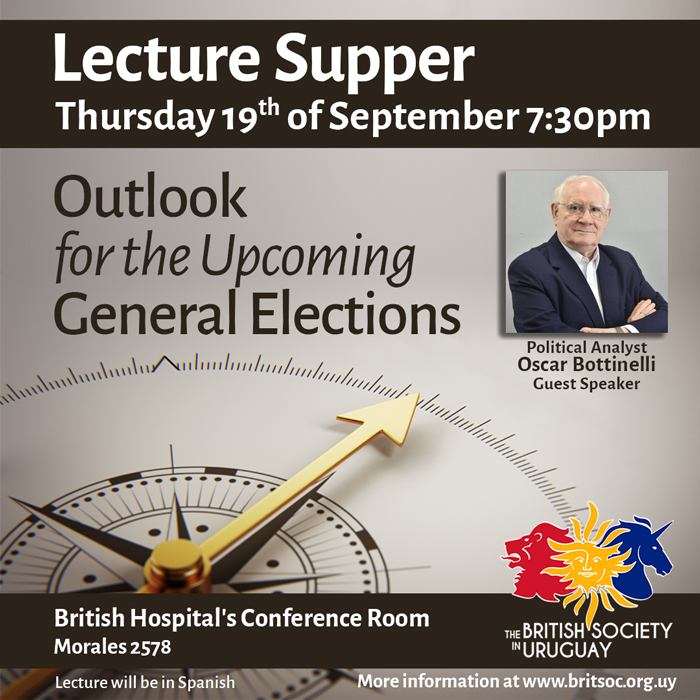 British Community cooks will surprise us with a menu of delicious dishes specially prepared for the occasion.

Óscar Bottinelli, Director at Factum since 1989, is a political, market and public opinion analyst.

His career as a political expert started once he conducted a ballot box survey during the Ley de Caducidad plebiscite.
Since then and up to 2016, Bottinelli has released various surveys for Canal 4 Monte Carlo TV and Radio Monte Carlo, especially during election years.
Today, Óscar Bottinelli writes columns for El Observador and El Espectador, and teaches at Facultad de Ciencias Sociales at the Universidad de la República.

Members can also book with secretary@britsoc.org.uy