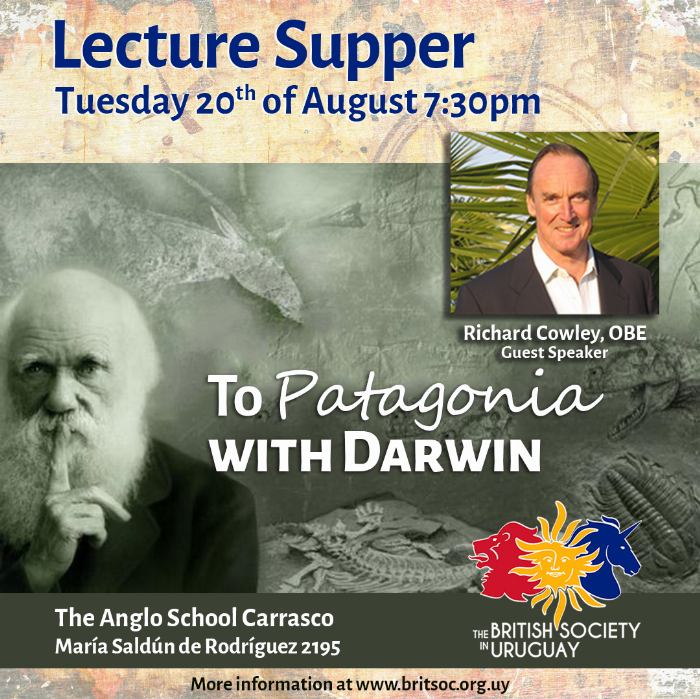 To Patagonia With Darwin
The Anglo School Carrasco
19:30 Hrs
Tickets available on RedTickets

Members can also book with secretary@britsoc.org.uy

Richard Cowley was born and educated in England. His wife, Elizabeth, is also British, and their three children were born in Venezuela, England and Uruguay. He holds two degrees from the University of Birmingham (UK), in 1978, took up the position of Director-General of the Anglo-Uruguayan Cultural Institute, the largest English-language and cultural centre in Uruguay.

He was decorated twice by Her Majesty, Queen Elizabeth ll, first with an MBE in 1982 and then an OBE in 2004. His wife has also received an MBE from the Queen.