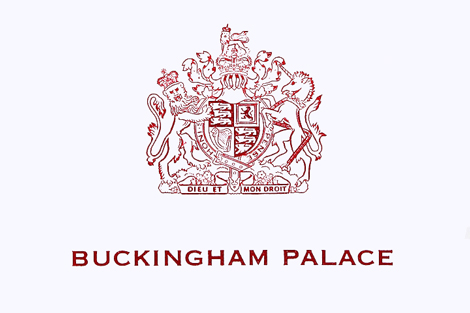 THE FUNERAL OF THE DUKE OF EDINBURGH

The Funeral of His Royal Highness The Duke of Edinburgh will take place at St George's Chapel, Windsor on Saturday, 17th April 2021 at 1500 hrs. The service will be preceded by a Ceremonial Procession inside the grounds of Windsor Castle.

The Duke of Edinburgh's coffin, covered with His Royal Highness's Personal Standard and dressed with a, wreath of flowers, is resting in the Private Chapel at Windsor Castle, where it, will remain until the day of the Funeral.

On Saturday 17th April, The Duke of Edinburgh’s coffin will be moved by a Bearer Party followed by The Queen's Company, 1st Battalion Grenadier Guards. Positioned in the Quadrangle at Windsor Castle will be representative detachments drawn from His Royal Highness's Military special relationships.

Fl is Royal Highness's coffin will be carried in a purpose-built Land Rover - which The Duke was involved in the design of - flanked by military Pall Bearers, in a small Ceremonial Procession from the State Entrance to St George's Chapel, for the Funeral Service. Members of the Royal Family and The Duke of Edinburgh's Household will walk behind the coffin from the Quadrangle, down Chapel Hill and into Horseshoe Cloister. The Funeral Service will begin with a National Minute's Silence at 1500 hrs.

The Funeral Service will be attended by Her Majesty The Queen and Members of the Royal Family. The coffin, carried by a Bearer Party followed by the Royal Marines, will be received at the top of the West Steps of St George's Chapel by the Dean of Windsor and the Archbishop of Canterbury. The Duke of Edinburgh's Naval Cap and Sword will be placed on the coffin ahead of the service and His Royal Highness's Insignia will be laid on the Altar of the Chapel. At the conclusion of the service, His Royal Highness will be interred in the Royal Vault in St George's Chapel.

Union Flags flying at half-mast at Royal Residences, will remain at half-mast until the day after the Funeral. It is The Queen's wish that the Royal Family will observe two weeks of Royal Mourning, starting 10th April 2021. Ours is an active Society serving Uruguay's minor, but dynamic British Community, filled with vibrant institutions. We invite you to join us and share our activities, all of which collect funds for our charities while bringing us together in enjoyment and learning.